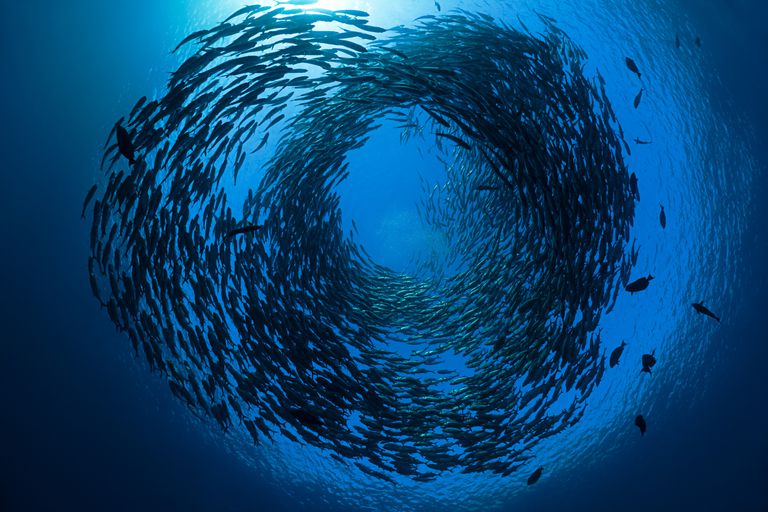 Although it may not seem like it on the surface I believe a sea change is coming and it is coming sooner than you might think. I think we will see this shift gain momentum in the coming year.

In my estimation what we are now witnessing of the forces of separation and isolationism are the death throes of these divisive tendencies. When radical change rears its head many react by attempting to fortify the status quo, or to even retreat into bygone approaches that have long since become obsolete.

President Trump’s nationalist dreams and Briton’s withdrawal from the EU are two obvious examples of this resistance to change. In many ways these attempts to prevent the prevailing winds of change are understandable. A way of life is being threatened; a way of life in which we have been entrenched for many generations.  But the ways of being in the world that we have grown accustomed to are no longer working in the rapidly changing circumstances of today’s world. Economic, cultural, and social isolation are no longer viable in a world interconnected by technology and modern transportation methods.

We have been labouring under a misconception. We have believed that what seems obvious to us concerning our relationship to the world and its many things must be true. But, in fact, we are not what we assume we are and the world is not as we have assumed it to be. We have assumed ourselves to be separate from nature and operating under this fundamental misconception we have brought ourselves to the brink of disaster. The Earth’s capacity to sustain human life is being threatened. Climate change, the pollution of our oceans, atmosphere, and land are bringing the planet to its knees. When we believe ourselves to be separate and independent, whether as individuals, tribes, religions, political parties, nations, or races, we deny our true situations. We deny the fact that nothing can exist independently. Our true nature as human beings and of any of our social, cultural, economic, or political organizations is that of deep interdependence. We have been ignorant of this fact for ages but we can no longer afford to deny it. The day of the ignorant mindset of separation is over. We must move on to a new mindset, based on the truth of our interdependent nature and relationship with others and the world, or consign ourselves to extinction.

‘In Berry’s view, a central cause of the West’s ecological hostility was its separation from nature—a separation that was at once spiritual, religious, psychological, emotional, intellectual, and philosophical. The root of the eco-destruction was an anthropocentric (human-centered) Western worldview that saw an existential gulf, a “radical discontinuity,” between the human and natural worlds.’

Berry was far from alone in drawing connections from the mindset of the day to the problems in the world which were becoming more evident by the day. In his recent article, posted on kosmosjournal.org, Drew Dillinger names others who have been raising the alarm over the past several decades.

‘Authors and activists Charlene Spretnak and Joanna Macy emphasized the practical consequences of our faulty societal story. “In the absence of any comprehension of the sacred whole,” wrote Spretnak, “meaninglessness and destruction are as acceptable as anything else to many people,” while Macy noted the relation between politics and cosmology, stating that a “sense of connection with all beings is politically subversive in the extreme.”’

To me the quotation that Dellinger cites from Joanna Macy is particularly poignant.  Not only have we been operating in “the absence of any comprehension of the sacred whole”, we have, as a result, lost sight of our essential connection to the world. Our sense of interdependent participation in the world has all but atrophied. This is nothing less than the removal of our lives from the context in which they exist. Taking something out of its context strips it of its meaning. Removed from the context of our existence we lead lives of what Henry David Thoreau called “quiet desperation”.

The fact that the message of an interdependent, interconnected reality has been spreading for decades may seem to point towards futility but I believe otherwise. Over the intervening years many more voices have been, at an increasing rate, adding to the choir. Much has been written and broadcast about the all-to-obvious global issues that have arisen as direct or indirect results of our misconceived assumptions about there being independent, separately existing things interacting with other separately existing things. It has been repeatedly pointed out by physicists and biologists that this in not what we find when we examine nature closely. Instead we find interconnected webs of relationships in which all entities have their existence. Great debates have been waged between those who cling to the billiard ball view of independent things bouncing off one another and those who see the existence of things occurring within integrated  and interconnected systems, ultimately forming a unified and indivisible whole.

We are not separate, hopeless, meaningless beings living in a cold and meaningless world. We are interdependent beings participating in a wondrously mysterious existence with the individual and collective power to influence the future. If we do so with a deep understanding of the interdependent nature of our existence we can make it a future worth living for.