Black Lives Matter – The Roots of Racism in The Cynical Mindset 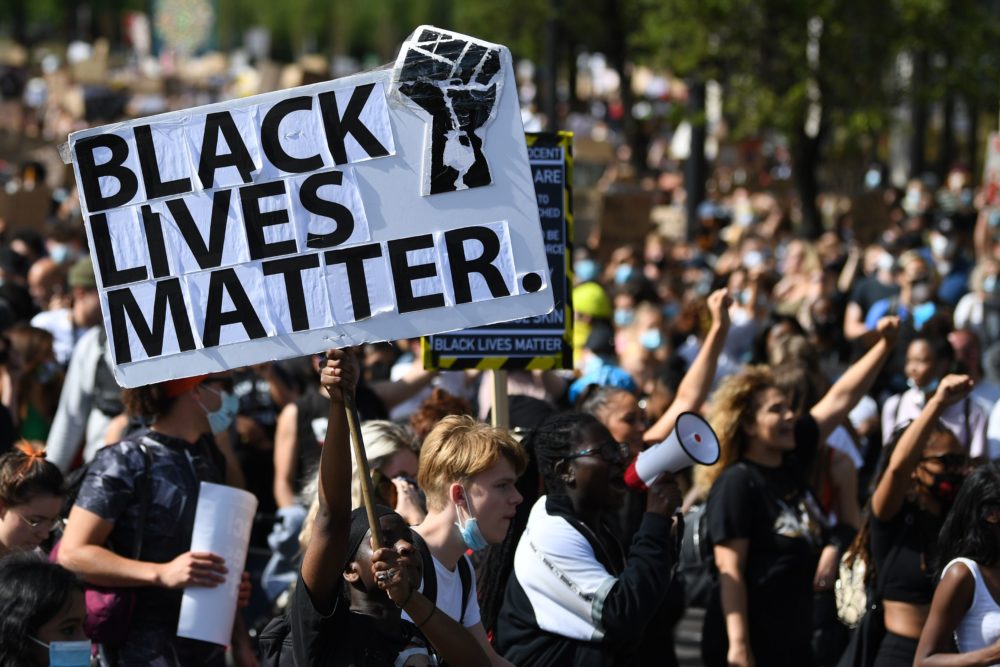 As discussed in the A Brief History of the Western Mindset section of The Hopeful Mindset, the dominant mindset of western civilization has been and still is The Cynical Mindset. As this mindset has evolved over the past 2500 years, human beings have come to see themselves as separate from nature and each other. The view of the individual in The Cynical Mindset is that of a separate, independently existing self. It often justifies aggressive and even abusive behaviours. It is cynical because it sees the world as separate from the individual and, therefore, a source of possible threats and dangers. As a result, it emphasizes pessimism over optimism; better to be safe than sorry where survival is on the line. In this view it is each person for themselves and for their in-groups.

When we look at our common human needs such as the needs for safety, security, and belonging we can see that the ways in which we have tried to meet these needs have contributed to many of our worldwide problems including climate change, the spread of infectious diseases, and racism. The Cynical Mindset ignores and obscures the fundamental interdependence of living things with each other and the environment. Believing ourselves to be independent, separate selves we tend to engage in self-centred and short sighted methods for meeting our needs.

Seeing ourselves as vulnerable, isolated individuals, the above values and means seem obvious and necessary to our survival. It makes perfect sense to protect ourselves from the danger of attack by outsiders. Since resources are limited we should try to accumulate large stores of available resources. And, since there is strength in numbers, we should band together in tightly-knit groups of people who are intensely loyal to one another and the ideals of the group. The imperative in all of this is the survival of the individual and his or her protective in-groups. The sway of The Cynical Mindset is so instilled in us that it blinds us to any other possible ways of pursuing our survival needs.

Within the view of The Cynical Mindset in-groups are seen to be crucial to the survival of the individual. This means that concepts like loyalty, patriotism, and heroism (in the form sacrifice to the well-being of the group) are highly honoured. In these ways the survival of the group is given precedence over that of the individual members of the group. This is our situation today and it is not hard to see how The Cynical Mindset has contributed to centuries of inter-group conflicts even resulting in the devastating losses of life in two world wars; not to mention the hundreds of smaller, but equally brutal, wars that have transpired over the years.

The exact same cynical values as those responsible for inciting wars of extreme brutality are responsible for racism. If we look at the Means column in the table above it is readily apparent that these behaviours are exactly the kinds of things that result in racism. Individuals who believe themselves to be independent, separately existing selves will engage in any or all of these behaviours whenever they are in conflict with those who they perceive to be a threat (because of their Cynical Mindset perspective) to the cohesion of their groups. We see this played out in religion, business, and politics everyday. Whatever the perceived threat might be, it can feel, to those who believe themselves to be threatened, like a very real danger to the survival of their group and, by extension, to their personal way of life and even their individual survival. The emotional response can be very intense giving rise to the violence and cruelty we have seen over the years in racial conflicts. The camera footage of the killing of George Floyd is tragic evidence of what the inherent divisiveness of The Cynical Mindset can produce. The Black Lives Matter movement, triggered by this terrible injustice, is a widespread recognition of the systemic problems occurring when we organize our society around the values of The Cynical Mindset.

Racism and other social problems we see throughout the world result from centuries of operating with the values of The Cynical Mindset. We will not be able to solve these problems within the belief system of this mindset. The core problem with The Cynical Mindset is that it is based on a false assumption; the assumption that human beings are independently existing beings living in a world of independently existing things. For some time now this view of reality has been known to be incorrect. In reality, all things, including human beings, exist interdependently. When we look at the world from an ecological perspective we see a world in which ecosystems exist as complex webs of interconnected relationships. We, therefore, need a mindset based on the actual nature of reality rather than a false assumption. This is exactly what The Hopeful Mindset provides.

Unlike those of The Cynical Mindset, the values of The Hopeful Mindset encourage behaviours that can unite us rather than divide us. Because interdependence is recognized, the emphasis is on people working together toward a unified vision of a better future. By learning, planning, and cooperating in ways that are mindful of resiliency, sustainability, and inclusive connection we can move in that direction.

The big question is how do we make the necessary transition from acting according to The Cynical Mindset’s values to basing our choices and behaviours on the values of The Hopeful Mindset? It has been said that people don’t change until the pain of changing is less than the pain of not changing. Are we there yet? I think we might be. There are at least three painful situations that we are experiencing right now in the world. The first is climate change. So far the level of pain we are feeling due to climate change may not be severe but, those who understand the serious consequences of ignoring the problem are feeling decidedly uncomfortable.  The second pain we are feeling is the very real threat to the population of the world posed by the Coronavirus. This pain is one that we are all feeling to a certain degree and it may go on for a considerable time. Finally, there is the pain of witnessing the brutal killing of innocent people because of an intolerable climate of racism spanning the entire globe.

One way to gauge how ready we are to reject the values of The Cynical Mindset and to embrace those of The Hopeful Mindset is to examine the intensity of the responses to each of the three pains. In the case of climate change the response has not been especially noisy but that is not because nothing is going on. Action is taking place in virtually every town and city in the world. Local and international initiatives are learning, planning, and cooperation in a multitude of ways that are gradually changing the way individuals, communities, governments, and corporations are doing business. It is a quiet but rapidly growing movement.

The Coronavirus has impacted virtually every corner of the world. People have been forced to make significant adjustments to how they go about their daily lives. Some consequences of the pandemic are clearly negative such as the degradation of the overall health of the world population and the loss of income to those who have lost their jobs. However, there have been some positive outcomes. People are spending more time with their families. Consumerism has declined. and many are spending more time in nature. Air, land, and water pollution have decreased to the point, in some places, where wildlife not seen in decades are returning. But, probably, the most significant positive outcome is the wide-spread realization that we are interconnected in this world. Again learning, planning, and cooperation are in evidence.

In terms of racism, the Black Lives Matter movement has been a world-wide response to intolerance. There is a clear recognition that this issue affects everyone everywhere. The level of outrage would indicate that this is not something that will be tolerated and real movement is expected. As solutions are sought The Hopeful Mindset values of learning, planning, and cooperative action are being employed.

I believe that the pain we are collectively experiencing from each of the three pains we have discussed impact one another. After all, none of them exist in isolation. There is a synergy operating between them which increases the pain each of us feels in response to them. In particular, the Black Lives Matter movement appears to have galvanized the outrage many of us are feeling toward the way the world has developed under the influence of The Cynical Mindset. This outrage, if appropriately channelled, has the potential to bring us together in a united effort to overthrow our common enemy, the value set of The Cynical Mindset, and to replace them with the life-affirming, reality-based values of The Hopeful Mindset.