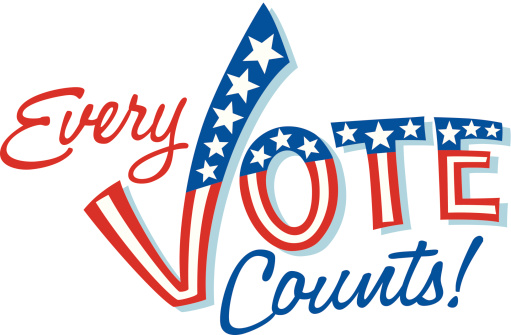 With the U.S. midterm elections looming on the horizon many people are hoping for an outcome that will contribute to a more compassionate political climate. In the face of this hope are the fears that the election results will turn out to be more of the same, if not something worse. Given the current situation and the forces at work to keep it as it is, how can hope be justified?

One answer to this questions is to point out that not being hopeful is giving in to despair. To those wanting change this option is unacceptable. In this view holding on to hope is a moral obligation. Although there may not be clear evidence to support this kind of hope there is a good reason to take a hopeful stand and work to make things better. But is there a way that hope can be justified regardless of what life brings our way? Is there a kind of hope that is impervious to specific circumstances?

In The Hopeful Mindset hope is said to be justified if it is clear that the efforts we make in support of a better future have a good chance of succeeding. This means that the kinds of efforts we make should be in line with the reality of the situation and with the way things work in the world. It is crucial then, that we are operating from an accurate understanding of how things actually are in the world. If we hold faulty assumptions about the nature of reality it is unlikely that we will be able to come up with plans for moving forward that will be lasting in the long run. We might come up with some quick fixes or “band-aid” solutions but our efforts will not endure.

Unfortunately, it is a faulty and largely unquestioned assumption about the nature of reality that has brought us to our current situation and threatens to perpetuate it. This mistaken idea has arisen as a natural consequence of evolution. Evolution proceeds in the direction of fitness for survival. In the realm of living things there is no room for attributes that diminish the survival fitness of an organism. Such attributes are quickly weeded out of any population. Conversely, attributes that enhance the survival fitness of a species are adopted by natural selection and are perpetuated in the species.

Human brains have evolved to enhance the survival fitness of our species. Our current nervous systems were arrived at about the time our ancestors became nomadic hunter-gathers. Because evolution is a very slow process our brains have changed little since that time. The result is that we are walking around in a world that our brains have not had time to adapt to. We are, in many ways, in over our heads. Our nervous systems are set up to detect and react to potential threats to our survival and they are biased toward interpreting situations as threatening, better safe than sorry.

In order for us to respond to threats in the environment it is necessary that we can distinguish between ourselves and the things in the world that might harm us. This has led us to view reality as being made up of separate, independent things that interact with one another in various ways. This is so fundamental to the way we perceive the world that we take it as a given and rarely question it’s validity. But, as science is now telling us, this assumption regarding the nature of reality is incorrect. In actuality, there is no such thing as a separate, independently existing object. What we perceive as separately existing things actually consist of interacting components. For example, an amoeba, consists of a variety of interacting components. These components, in turn, consist of smaller interacting components. Even when we burrow down to the atomic level we find that atoms are made of smaller interacting component particles. If we go deeper we get into the weird and wonderful quantum world where reality is revealed to be very strange indeed. But still no separately existing phenomena can be identified. The interdependent nature of reality is also apparent when we draw back from the amoeba and observe its interdependence with its environment. And so it is with all things, living or otherwise.

What, you may be asking at this point, has all of this to do with hope and its justification? Recall that we have been operating under the assumption that we live in a world of separate things. This view, in turn, leads to other assumptions about our place in nature. We tend to see ourselves as having to defend ourselves against a myriad of potentially threatening circumstances. We see material resources as limited so we compete to accumulate them for ourselves or our in-groups. In this pursuit we see personal or in-group power over others as desirable. The pursuit of wealth and influence is admired. For many, engagement in this endeavour is assumed to be the natural order of things. But, as we have seen, all of this is the result of seeing the world as comprised of separately existing and independent things. A view that is inconsistent with the interdependent nature of reality.

The Hopeful Mindset describes a view of our place in nature based on the interdependence of existence. This view does not deny the supply of material resources is finite. But, instead of reacting to this fact by competitive accumulation, the reality of interdependence leads us to cooperate in managing resources in sustainable ways. The pursuit of wealth and power as a hedge against scarcity is no longer appealing. What matters is the big picture in the long term. The interdependent perspective values things like resilience, sustainability, respect for others and the environment, contribution to the greater good, openness, etc.

These values inevitably lead to actions and outcomes that support a better world. In other words there is hope for a better future when our choices and actions are guided by the values of an interdependent view of the world. In this way hope is justified in the confidence that you can continue to act in line with your values, no matter what life throws at you. And because these efforts are in accordance with the interdependent nature of reality the chances of them being successful in greatly enhanced.

The outcome of the upcoming midterm elections will depend in large part on the values of the voters. Express your values. Vote with justified hope.