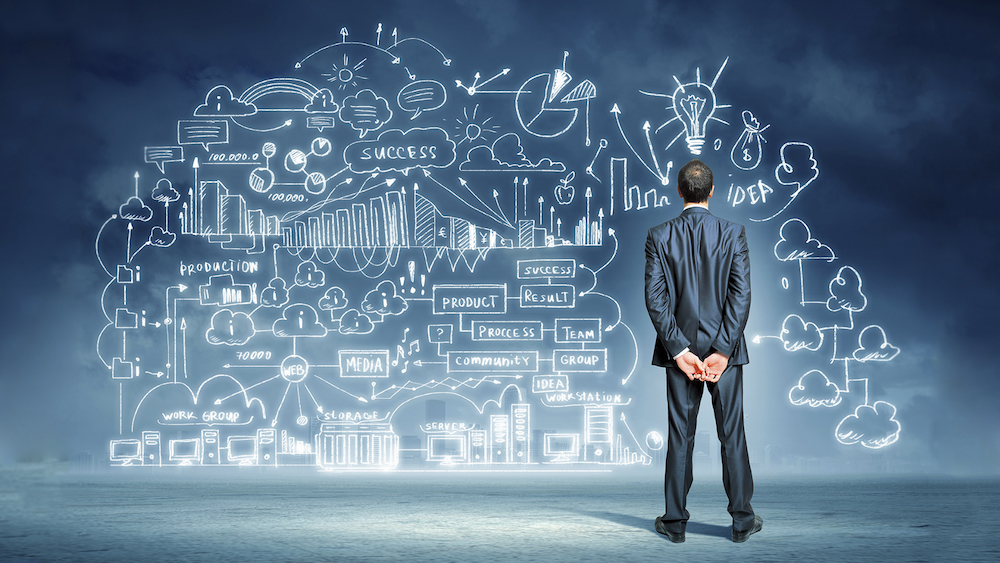 Humans have come to dominate the planet in a relatively short time. In around 100000 years we have gone from just another species among a myriad of other species all vying for a place in the planetary ecosystem to a species that has overrun the entire planet. In the story of the evolution of life on Earth this counts as a virtual blink of an eye.

“There were humans long before there was history. Animals much like modern humans first appeared about 2.5 million years ago. But for countless generations they did not stand out from the myriad other organisms with which they shared their habitats….

These archaic humans loved, played, formed close friendships and competed for status and power, but so did chimpanzees, baboons, and elephants. There was nothing special about humans. Nobody, least of all humans themselves had any inkling their descendants would one way walk on the moon, split the atom, fathom the genetic code and write history books. The most important thing to know about prehistoric humans is that they were insignificant animals with no more impact on their environment than gorillas, fireflies or jellyfish.”

So what gave us the edge over our competitors for world domination? Harari contends that the emergence of language paved the way for us to cooperate and imagine new possibilities. Language gave us the power, not only to communicate, but to pass on our learning from one generation to another and to acquire knowledge from each other to a degree that no other species have been able to achieve.

“What was the Sapiens’ secret of success? How did we manage to settle so rapidly in so many distant and ecologically different habitats? How did we push all other human species into oblivion? Why couldn’t even the strong, brainy, cold-proof Neanderthals survive our onslaught? The debate continues to rage. The most likely answer is the very thing that makes the debate possible: Homo sapiens conquered the world thanks above all to its unique language.”

If Harari is correct the emergence of language has propelled our rapid cultural and social development to the point we are at today. This sort of cultural evolution has far outpaced our biological evolution which proceeds a pace positively glacial in comparison. The rather extreme difference in the speeds of these two kinds of evolution is not without its consequences, some of which are currently manifesting themselves as problems with global reach.

We find ourselves today in a situation unique to homo sapiens. Our biological evolution is about 100000 years behind our cultural evolution. Biologically, our bodies and brains have evolved to deal with the circumstances in which our hunter-gatherer ancestors lived their lives. Biologically, we are improperly equipped to deal with our modern world. Evolutionary psychologists Leda Cosmides and John Tooby describe our situation: “Our modern skulls house a stone age mind” with “stone age priorities.”

The fact that we have managed to cope so far is a testament to the power of language and imagination to adapt to changing circumstances. But even this kind of adaptability has its limits. It appears that we have now arrived at those limits and must soon figure out what to do about this dangerous state of affairs.

As discussed in The Hopeful Mindset, the way that we typically see ourselves in the world is a function of the fact that we are operating with a brain that has not evolved sufficiently to manage very well in the modern world. Our prehistoric brains make it seem to us that each of us exists as a separate, independent being living in a world of separately, independently existing things. This sense of separate existence is so fundamental to us that we rarely think to question it. However, science is telling a different story. All of the evidence points to another reality. In this reality there are no separate things. Instead, in this view, apparently separate things actually exist as patterns a continuous and indivisible whole. Every “thing/pattern” arises out of interdependent dynamic relationships with other “things/pattern”.

This interdependent reality is the basis for The Hopeful Mindset. In contrast, The Fearful Mindset arises from the assumption that we are separate, independent creatures. It is called The Fearful Mindset because seeing ourselves as disconnected vulnerable creatures is a scary proposition. We appear to be adrift in a hostile world where potential threats are everywhere we look. Supporting this impression is our primitive nervous system. A nervous systems’ primary job is help organisms to survive. To do this job requires a strong sensitivity to potential danger. It is a ‘better-safe-than-sorry’ strategy which neuroscientist call a negativity bias. We can thank biological evolution, with its selection of survival enhancing traits, for this.

While a keen sensitivity to possible threats was well fitted to living as hunter-gathers a hundred thousand years ago where physical dangers were many and real, it is problematic in today’s world where imagined threats far outnumber actual physical dangers. Living within a fearful mindset is bringing us to the verge of extinction. As we have seen biological evolution will not save us. It is far too slow. Anthropologist Donald Symons says that “natural selection takes hundreds or thousands of generations to fashion any complex cognitive adaptation.” This being the case, what we need is for cultural evolution to somehow bridge the gap between our brains’ current evolutionary state and the global situation we  find ourselves in today.

Based, as it is, on the faulty assumption of a world consisting of separate, independent things, The Fearful Mindset has given rise to a number of fear-based values. We have come to value things that seem to meet our needs as separate beings, such things as: accumulation of resources, rigid boundaries, tribal loyalty, personal status, personal success (wealth, power). These values served our hunter-gatherer ancestors well but they are often sources of conflict in today’s overpopulated planet.

Since biological evolution is incapable of adapting us to today’s realities we must turn to cultural evolution as our best hope for bringing about the adjustments necessary for the survival of our species in these challenging times. This is where The Hopeful Mindset can play a crucial role. Unlike The Fearful Mindset, The Hopeful Mindset is based on the interdependent view of reality. In this view of radically interdependent phenomena our existence is seen to depend on connections to and interrelated relationships among other interdependent phenomena. With this understanding values that differ in fundamental ways from the values of The Fearful Mindset arise. Values such as: resiliency, sustainability, global community, personal responsibility, humility, and personal contribution emerge as being supportive of the survival of our species and the wellbeing of the planet.

The Hopeful Mindset is hopeful because the values that naturally arise from it encourage actions that have the capacity to build a better world. And because these values are based on the reality of the interdependent nature of our world they have a real chance at doing just that. Hope is justified when we act in accordance with the values of The Hopeful Mindset.