The Buddha’s 4 Noble Truths and the Hopeful Mindset 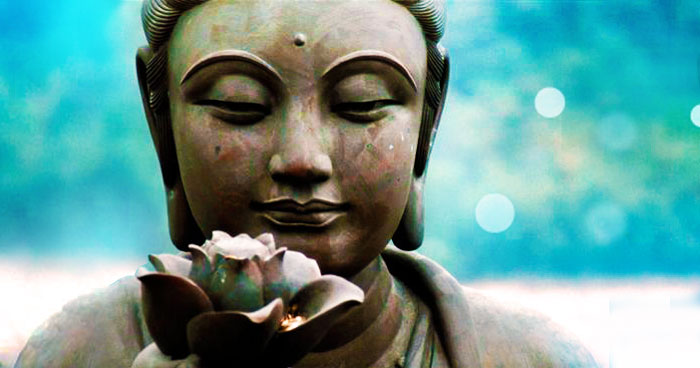 Did the Buddha teach something resembling The Hopeful Mindset? There are some striking similarities between The Four Nobel Truths themselves and, in particular, the fourth noble truth’s Eightfold Path and the foundations of The Hopeful Mindset.

“I teach suffering, its origin, cessation and path. That’s all I teach”, declared the Buddha 2500 years ago.

The Four Noble Truths contain the essence of the Buddha’s teachings. It was these four principles that the Buddha came to understand during his meditation under the bodhi tree.

The Buddha is often compared to a physician. In the first two Noble Truths he diagnosed the problem (suffering) and identified its cause. The third Noble Truth is the realization that there is a cure. The fourth Noble Truth, in which the Buddha set out the Eightfold Path, is the prescription, the way to achieve a release from suffering.

This truth, the truth of suffering, simply refers to the fact that suffering exists and that it is common to all human beings.

This truth states that suffering, like all phenomena, has a cause. According to the Buddha, the root of all suffering is desire, tanhā. Desire is further broken down into three “poisons”:

The truth of the cessation of suffering refers to the fact that, since suffering has a cause, it can be ended by addressing the causes as stated in the Second Noble Truth.

The Fourth Noble Truth sets out a path to end suffering. This path is comprised of eight aspects and is known as the Eightfold Path.

The Hopeful Mindset also posits a source or origin of human suffering. It contends that suffering arises out of a mistaken assumption about the nature of the world and our place in it. In other words, the source of suffering is identified as a form of ignorance or delusion just as the Buddha taught in the Second Noble Truth. The Hopeful Mindset, like the Third Noble Truth, puts forward the idea that suffering can be significantly mitigated through addressing our faulty assumption about the nature of reality and our place in the world. The Eightfold Path of The Fourth Noble Truth lays out a way of being in the world that can put an end to unnecessary suffering. The Hopeful Mindset

also presents a way of being in the world that, if adopted, could alleviate unnecessary suffering.

Ignorance and Delusion in The Hopeful Mindset

According to The Hopeful Mindset the source of unnecessary suffering is the mistaken assumption that we are independent beings existing separately from the rest of the world. This assumption, though a natural conclusion (due to the way our senses and nervous systems work) is not supported by careful observation or by modern science. In actuality, no thing exists independently. Every thing that exists, including ourselves, exists because of interdependent relationships that give rise to the conditions necessary to support the existence of that thing or being. This view of reality has much to tell us about how to live more harmoniously in the world.

The Values of The Hopeful Mindset

The way of being in the world presented in The Hopeful Mindset is founded on a set of values that reflect our interdependent nature. These values are related to our biological and psychological survival needs as shown in the table below.

The Hopeful Mindset makes the case that living according to these values leads to making choices and taking actions that lead to outcomes that benefit life on our planet and help to sustain the systems that support life. There is considerable correlation between these values and the aspects of the Eightfold Path.

The Eightfold Path and The Hopeful Mindset

Knowing the truth requires us to see past ignorance and delusion to find the actual nature of reality. The Buddha taught that “With the arising of this, that arises; with the cessation of this, that ceases.” He is speaking here of the fundamental interdependence of all phenomena. We do not exist independently or separately from the rest of the world. That which exists arises and evolves interdependently.

Believing that we are separate, independent beings can lead us to act in ways that cause unnecessary suffering to ourselves and to others. We may think our intentions are good but they may not be right when viewed from the perspective of the interdependent nature of things.

We cannot speak the truth if we do not know the truth. Without knowledge of the interdependent nature of our existence we may speak many lies without realizing it because we will be operating from the faulty assumption of independent existence.

Action taken without consideration for values such as sustainability, inclusive connection, and humility may prove to be harmful; if not in the short term, then likely in the long term.

We all have to make a living but if we do so by only looking out for “number one” we are contributing to the problems of the world rather than being part of their solutions. Again, the false assumption of being an independent self can lead to this kind of behaviour.

While the independent mindset comes naturally to us all, it takes effort to learn and practice the values of the interdependent mindset. Efforts made based on these values produce beneficial and sustainable results.

We need to be mindful of our true nature and act accordingly. When we mindlessly react without consideration for the values of interdependence we can cause suffering.

It is necessary to focus our attention on the things that matter according to the values of The Hopeful Mindset. When we become distracted from these values and forget our true nature we cause harm and suffering ensues.

Although The Hopeful Mindset was not written from a Buddhist perspective there are some parallels in terms of fundamental propositions. It is remarkable that what the Buddha taught 2500 years ago is in such agreement with the discoveries of modern science. In the time of the Buddha, as it does today, adopting the interdependent view of reality had the power to free individuals from unnecessary suffering. But today this shift in perspective is needed, not only to alleviate the suffering of individuals, but to save our species and others from extinction. If ever there was a time when a shift to the interdependent view of nature was needed it is now.