No Rebirth? Why Bother? 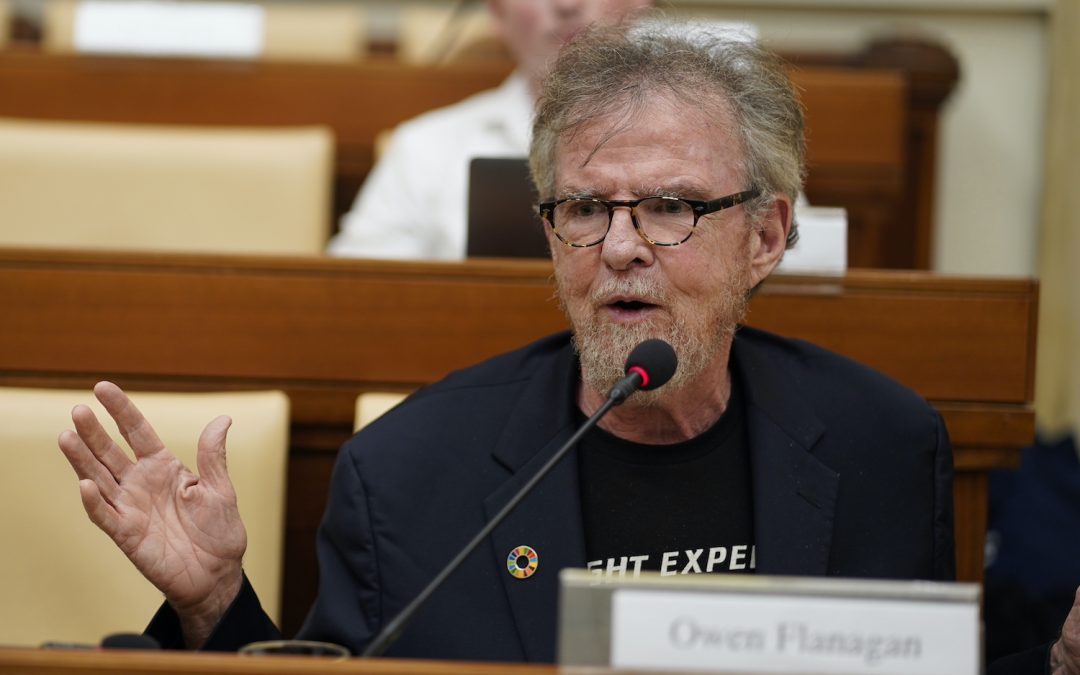 This past Tuesday evening philosopher Owen Flanagan gave a presentation at a conference being held to discuss the relationship between naturalism and religion. Flanagan’s talk centred around the question of how much can a traditional religion or philosophy give up and still be called by its original name. He used the example of naturalizing Buddhism. Naturalizing any school of thought involves stripping away any supernatural aspects from its teachings. In the case of Buddhism it seems to come down to the concept of rebirth or reincarnation. Can a person call themselves a Buddhist if they don’t accept the idea of rebirth? If you strip away that idea from Buddhism is what’s left still Buddhism?

Owen Flanagan posited that there is still much in Buddhism that might be worthy of consideration whether or not the name, Buddhism, still applies. He gave the example of the four pillars of Buddhist ethics:

In the question and answer period following Flanagan’s talk a conference attendee asserted that, for him, Buddhism teachings didn’t make any sense without rebirth. Flanagan responded by saying that the person’s concern raises the query: Without rebirth what is the motivation to engage in compassion, loving kindness, selfless joy, and equanimity? In other words, why bother? A similar issue has often been raised with regard to traditional Abrahamic religious. Why follow a moral code such as the ten commandments if there is no God keeping score? If there is no heaven to be gained by behaving morally why bother?

In both cases the question is why would individuals bother to live their lives according to an ethical prescription that has no basis in absolute authority and fails to promise any kind of personal reward? If you have read other Hopeful Mindset articles you may be anticipating my answer to this question. When we examine questions like this through the opposing lenses of the Cynical and Hopeful mindsets a practical response comes into focus. The “why bother” question is answered when we look at the motivation to behave ethically inherent in the values of the Hopeful Mindset.

The values arising from the Cynical mindset are based on the belief that people and things can exist independently. In this situation individuals are motivated to look out for themselves first, to accumulate limited resources, and to treat other people in ways that are meant to further their own selfish agendas. In contrast, values springing from the Hopeful mindset are values that come from a recognition of the interdependence of all things. With this understanding individuals tend to be motivated to seek sustainability in all areas of human activity, to connect in mutually beneficial ways with others, and to make personal efforts to contribute toward a more sustainable and compassionate world. In short, an interdependent understanding of our situation motivates us to be compassionate, treat all living things with loving kindness, be joyful in the joy of others, and to recognize equanimity as the way things are.

Why bother? Because we can interact in the world in ways that benefit all living things, ourselves included. Oh, and also our lives depend on it.