The Cynical Mindset of Vladimir Putin 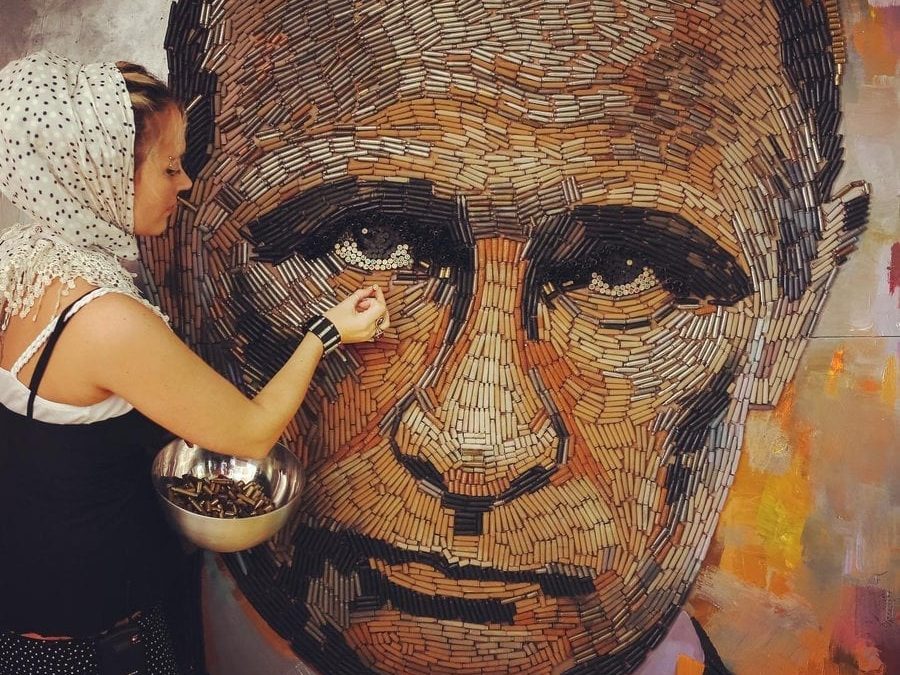 “The Face of War” by Ukrainian artist Dariya Marchenko. Made with 5,000 bullet casings.

In a recent opinion piece in the The Guardian titled “What’s going on inside Putin’s mind? His own words give us a disturbing clue” by Michel Eltchaninoff, the author looks to Putin’s speeches for indications of the Russian president’s thinking. What emerges is a classic example of the Cynical Mindset.

As a former KGB agent (16 years) Putin became fiercely loyal to the USSR. He was deeply troubled by the gradual breakup of his country. Michel Eltchaninoff quotes Putin from his speech on Crimea in March 2014:

“The politics of the containment of Russia, which continued throughout the 18th, 19th and 20th centuries, continues today. There is a constant attempt to push us back into a corner because we have an independent position, because we stand up for ourselves.”

Putin seeks to restore Russia to its former glory by reclaiming the territories it has lost, the Ukraine being one of the most important economically and politically.

Perhaps the most strikingly obvious Cynical Mindset value that Putin displays is found in his obsession to establish a strong independent Russian state. This kind of fierce nationalism is an expansive version of Tribalism. Tribalism is characterized by a strong allegiance to one’s in-group (tribe, territory, race, nation).  Within the group may be a belief in the group’s superiority over other groups and often a willingness to defend the group’s interests at all costs.

According to Michel Eltchaninoff’s article Putin’s almost religious belief in the glory of Russia has been influenced by two Russian thinkers. The first is Lev Gumilev, a 20th century historian and ethnologist. Gumilev postulated that every people has a passionate inner force that he calls passionarnost. Eitchaninoff quotes Putin as saying:

“I believe in passionarnost. In nature as in society, there is development, climax and decline. Russia has not yet attained its highest point. We are on the way”.

“We possess an infinite genetic code”

Another Russian figure that Putin has been influenced by is Ivan Ilyin who wrote a collection of essays called “Our Tasks” the theme of which is how cruely the USSR has been treated by other nations in the “dismemberment of Russian”.

What is needed is a fundamental shift in how we understand ourselves and our place in the world. The Hopeful Mindset outlines a way of approaching this understanding.