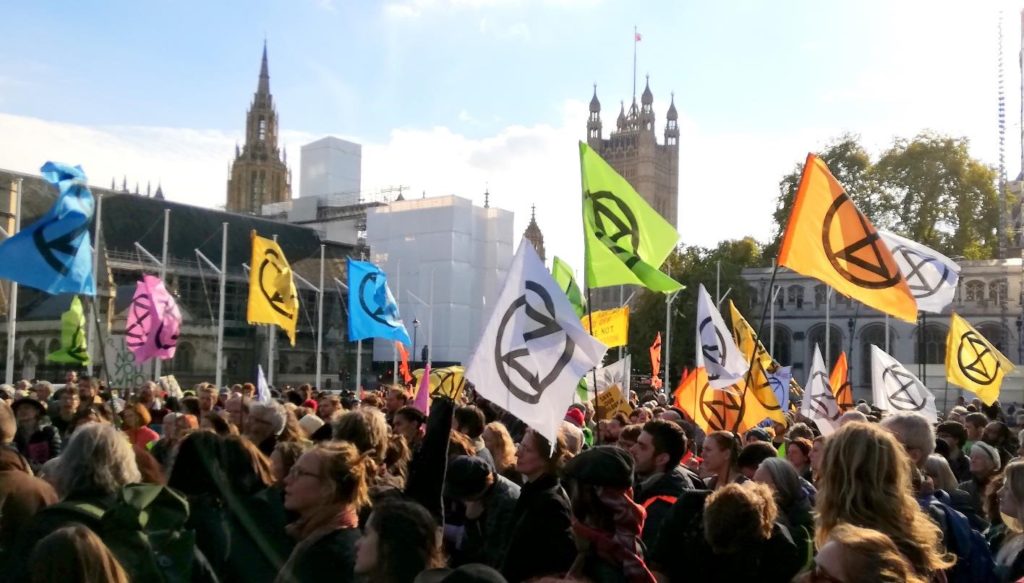 I would like to begin with a shoutout to Jeremy Lent’s Deep Transformation Network website. Jeremy Lent, is the author of The Patterning Instinct and The Web of Meaning. I recommend that you take a look at this amazing resource. One of the features of this site that I enjoy is a monthly live Zoom meeting. The most recent meeting topic was ‘XR and Beyond: What Is the Most Effective Form of Direct Action?’

After watching this meeting I found myself disturbed by some comments made about what sort of direct action should be prioritized. An emphasis seemed to be on disruption and obstruction rather than instruction and construction. I worry that a society forged through antagonism and aggression will turn out to be a society based on those values. I worry that these kinds of action serve to perpetuate and deepen the differences that divide us rather than heal those divisions. At some point in the video Jeremy brought up the importance of taking action based on values.  In my view, it is on values that support the kind of world we want in the end that choices about actions should be made. To be precise, values that are based on a mindset that recognizes the interdependent nature of reality should be the criteria by which we choose our strategies and tactics.

I propose that this path to action has the potential to result in effective actions if the Mindset involved is one based on an understanding of the interdependent nature of our world. The following explores this path and the reasons for its potential success.

In this view Mindset is fundamental. Mindset, as I use the term, is a worldview in which there is a foundational perspective on the nature of reality and our place in the world suggested by that reality. The mindset that I see as necessary for bringing into being the values that could support a more sustainable and compassionate world I call the “interdependent” mindset. This mindset recognizes the interdependent nature of reality. In this view all things exist in interdependent relationships rather than as independently existing entities.

In contrast, the prevalent mindset in the world today is the “independent” mindset. This worldview assumes that we and all things in the world exist independently. This perspective inevitably gives rise to values that are at odds with a sustainable and compassionate society.

The values of the Independent Mindset are based on a mistaken assumption about the nature of reality and so lead to values that are out of sync with reality. The situations that we find ourselves in currently are the result of these unsupported values.

The values inherent in the Interdependent Mindset are consistent with the nature of reality and thus are supportive of actions that can lead to the changes necessary for the correction of the problems created by adherence to the values of the Independent Mindset.

(For more about mindsets and values visit the Hopeful Mindset website.)

Tactics undertaken as part of a strategy based on the Independent Mindset are not only bound to fail but will most likely make things worse. They will likely be obstructive, destructive, or disruptive in nature. Such tactics tend to alienate the victims of these actions which only serves to strengthen the mistaken assumption underlying the Independent Mindset.

Tactics undertaken under a strategy based on the values of an Interdependent Mindset will be in line with reality and, as such, be more likely to result in outcomes compatible with a sustainable and compassionate future.

In the end it all comes down to the mindset from which values, strategies, and tactics innately arise.

In my opinion nothing will change without widespread understanding of this dynamic. Whatever we do to bing about the changes we want to see in the world must be predicated on a basic understanding of the interdependent nature of reality. We may deny or ignore this truth but we cannot avoid it.